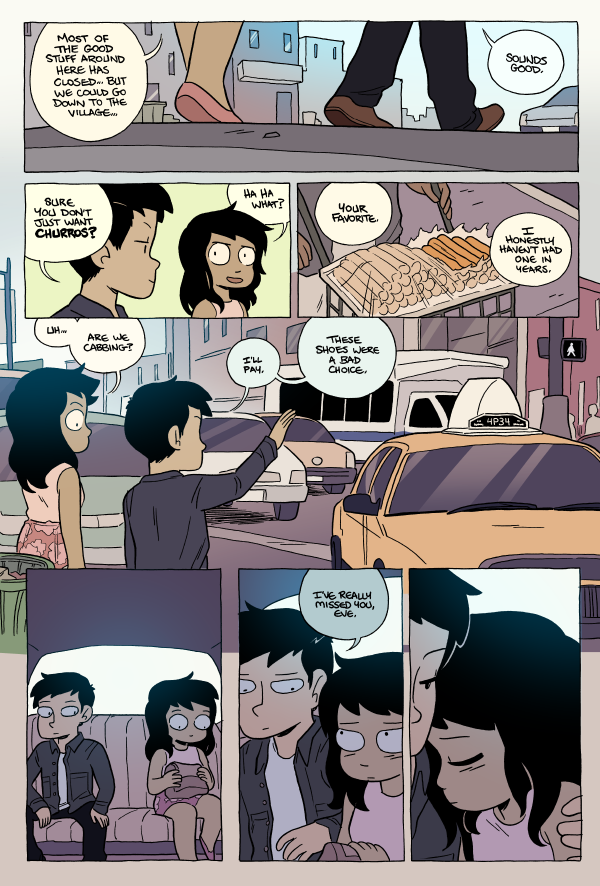 This was a pretty tense arc in its original run. Some immediately recognized the churros as a red flag, some were hopeful that a connection still existed between them, and some thought we'd been given no evidence one way or another. I didn't want to present a simple deception or any clear-cut intent. They are obviously still drawn together, and in some scenarios that might be enough to try a relationship again. Maybe, at least, they could come to some agreement about the past from here. But we already know what Marigold (or Will) would tell Eve about closure, if she would only listen.