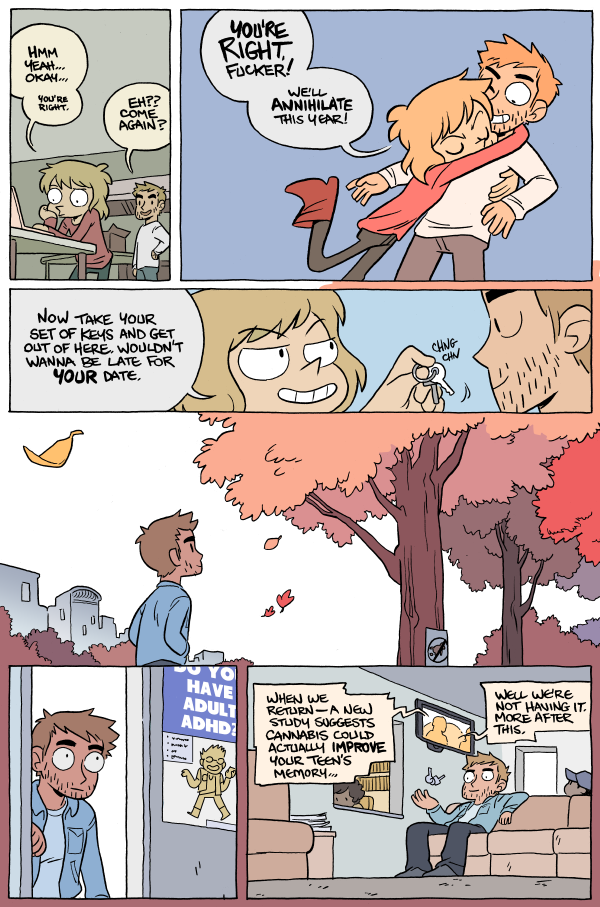 The doctor's waiting room experience has never been great, but the inclusion of TVs has been such a miserable development. That's probably why I made the (now odd to me) choice of writing the TV words as dialogue-sized and not something ambient in the background.

This one comes off a little bit glib I think - the friends have a moment, Will goes off merrily to therapy, reflects on his progress. But lurking beneath is the reality that Hanna owns the company, Hanna administers the rewards, Hanna approves of the treatment. I do address this as an issue at the very end of the series, almost too late. It's a problem for another stage of their lives. Eve and Will ultimately end up in the same boat, to deal with this problem together.