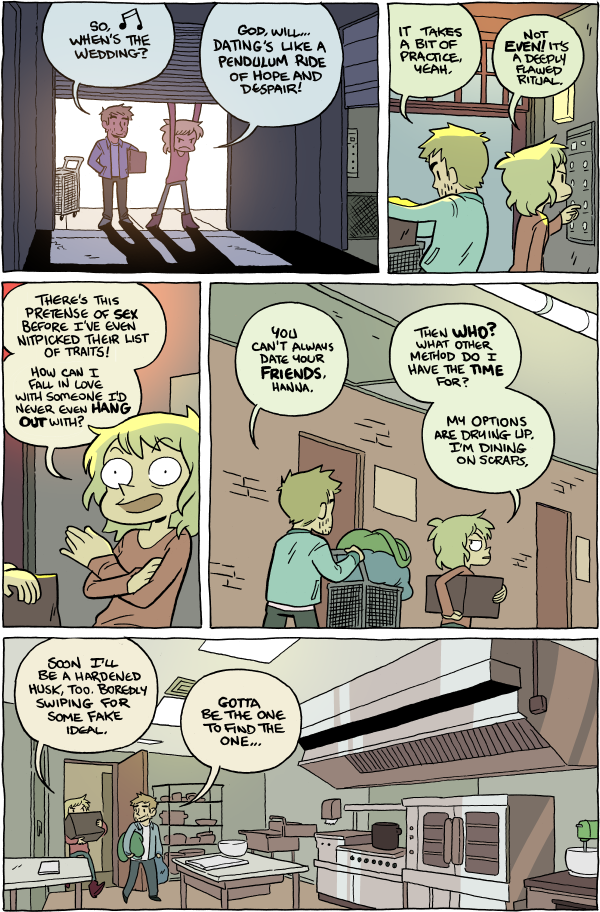 The futility and ridiculousness of dating becomes a theme in Will and Hanna's relationship all the way to the end of the series. Will approaches dating as if it's a skill to build, like the act of dating itself is the goal. And that's just ridiculous to Hanna, for whom dating is a hellish path to escape the misery of being alone. Does one need to get comfortable with dating in order to escape it? What a horrible thought. On the other hand, we talk about being single as if it's a "good" or a "bad" thing, when generally it's a "necessary" thing for a person's understanding of themselves, for mitigating damage they'd be doing to or receiving from another person. Will finally knows he shouldn't just be jumping from one relationship to the next (or even starting one before he's finished the last), but he also knows he'll have options whenever he's ready. Hanna, like any woman reaching the end of her most marriageable years, is not comfortable in this assumption at all. So his advice doesn't actually help much. The real gift Will and Hanna give each other is staying friends, accepting one another as their flaws lock into place.