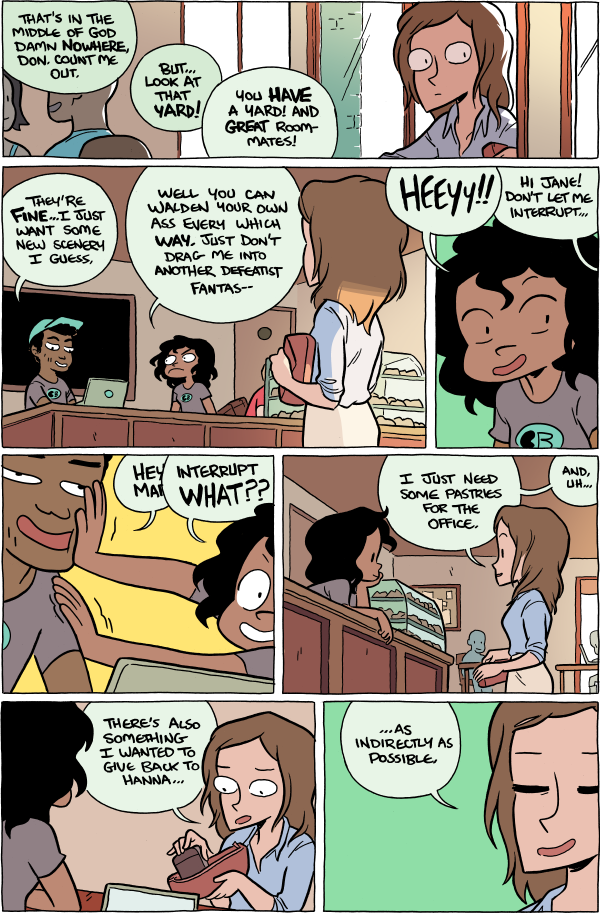 The shard of light on Mar in panel 2 is a strong choice by Val! I think it helped to say a lot of what's unsaid here, that Mar is presenting herself in a certain way and Jane is too, that we'll be moving back and forth between a performance and the realness throughout.

I like how goony Don is here - I don't think I'd really landed on his character until around this point. Eventually I was more interested in how he interacted with Jane; there's a clear rift between them that has likely formed with age.