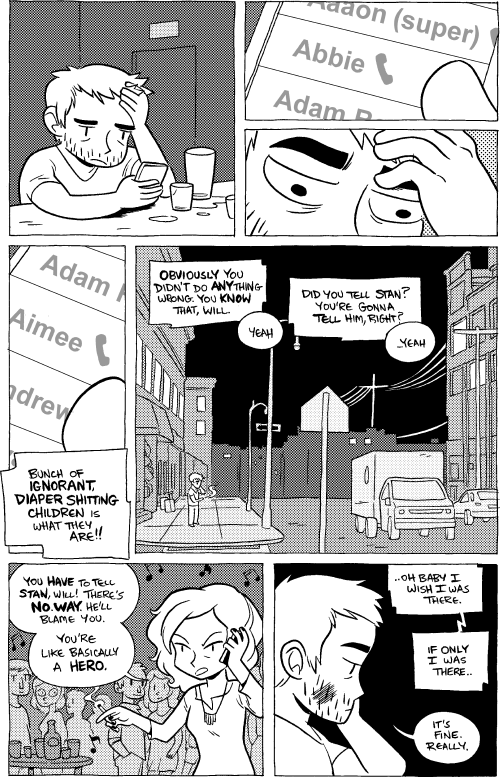 I had a few plots in mind from this page alone that I never really got to. In my mental canon (I guess that's what you call an unfulfilled story?) Will was meant to have a sister from whom, along with a lot of other family, he was estranged. He quickly scrolls past her number with all this in mind. This comes up only near the end of the series when Will is being playfully confessional with Eve. On top of that I think I saw a possible future where we meet Will's boss, who Aimee gives a name. But I didn't see the point of him being a character - he's an invisible entity Will depends on, that eventually he won't.