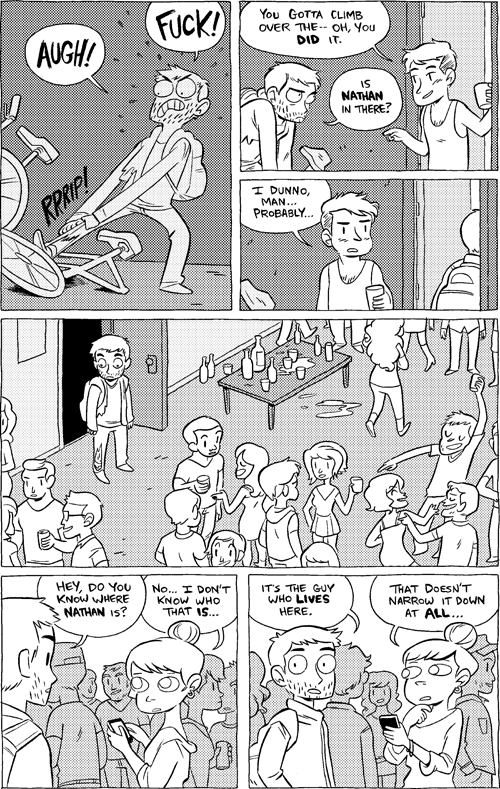 Will is meant to be a little bit older than everyone at this party, a continuing trend from his party with Larry a few storylines ago. You can kind of be in your 20s for 20 years in New York, particularly as a man, and nobody will really notice. But clearly Will notices, and it makes him irritable. He is, as the drunks point out, way too serious to hang.