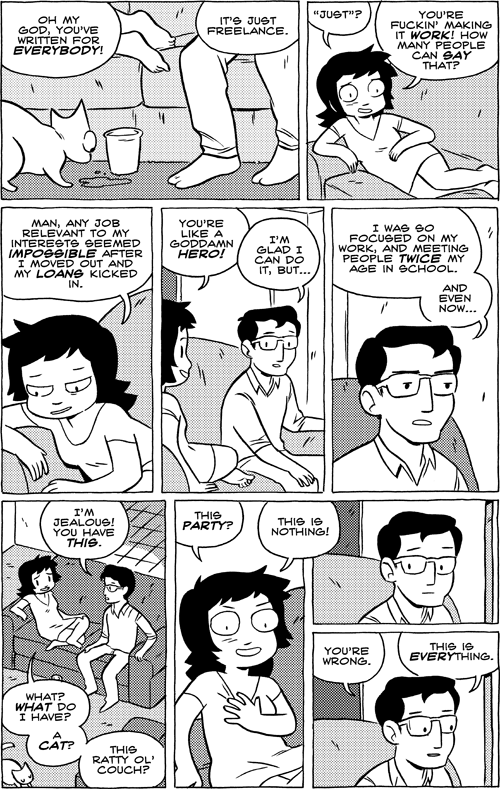 When posted, this comic sparked a debate in the comments about what WAS the most important. It really depends on who you ask, but I think the question is kind of moot. You'll long for whichever one wasn't a priority, right? At a certain point the relationships lock in, the job locks in, and changing either abruptly becomes very hard. Taking any risk at all becomes very hard. We lock into ourselves. And that frantic need to collect and be transient hopefully fades away to contentment. Right? But that doesn't line up with the current reality. The internet is a 3rd person in the room, scrutinizing the content of our character, and by extension our communities and career prospects - things we may lose at any time. It behooves us to continue evolving to meet the expectations of the 3rd person. We're forever in a transient state where there can be no reflection, no solid ground, no locking in. Nothing reliable, short of anxiety itself.