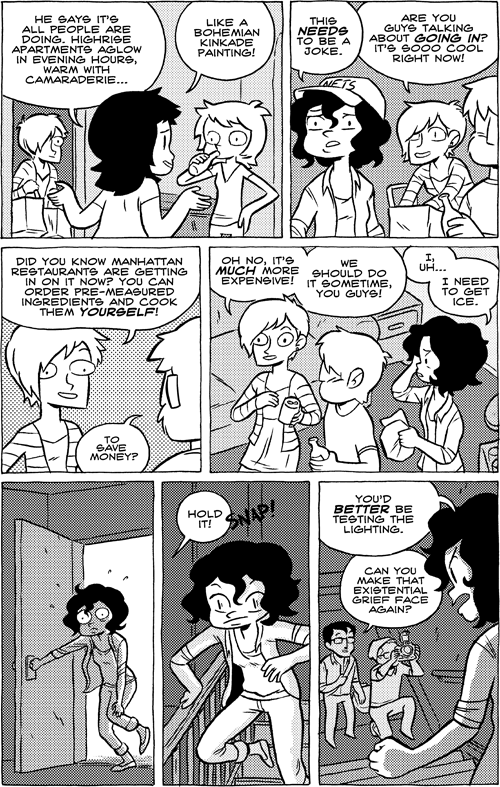 I'm pretty sure this is the first time Jane and Marigold are hanging out, and it's not the best impression. Later on there is some question of whether Jane respects Mar - we will circle back to that haha. I think around this time those online services that send you a bunch of measured-out recipe ingredients in tiny disposable packaging were taking off. It definitely gave me a feeling like Jane's that has not nearly subsided today.